The boys have been into a Star Wars kick.  They had a couple of books that they read over and over, and a friend let us borrow the oldest movies and then they were hooked.

So Star Wars it was for their birthday this year.  I was celebrating only having to do one party. 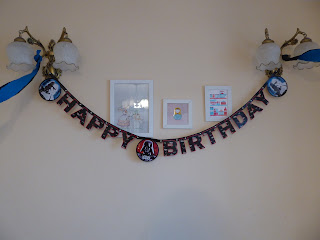 I even found a few party supplies here! 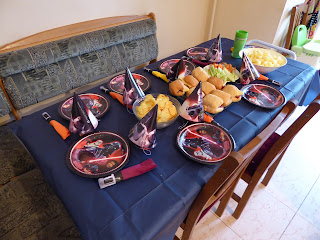 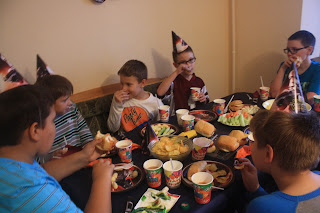 A big hit with all the kids 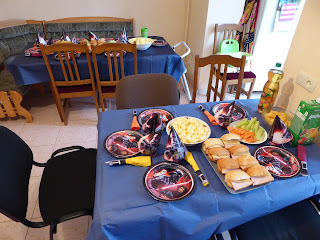 We played a few games.  The boys had received a BB8 that operates with a remote control thanks to their Aunt and Uncle. 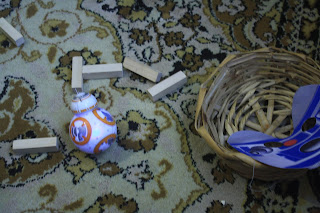 This was a hit. 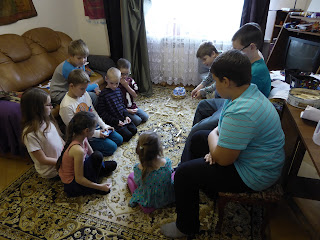 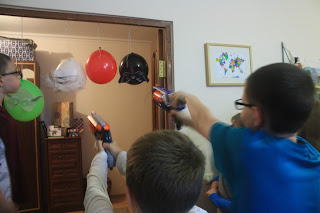 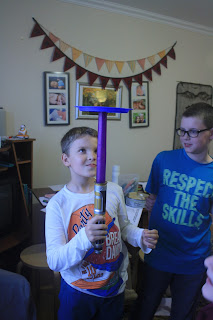 Then it was cake time.
Calvin chose BB8 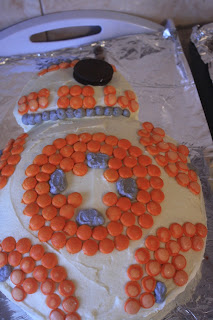 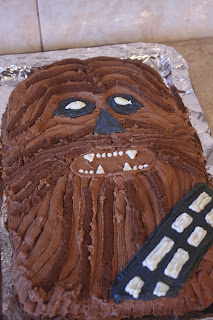 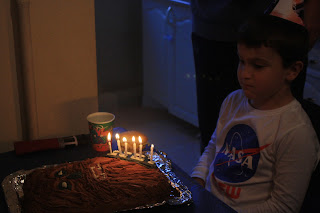 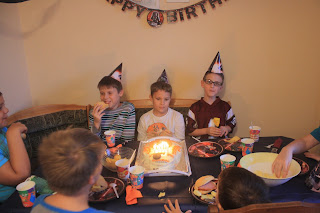 A few of the party goers
BB8 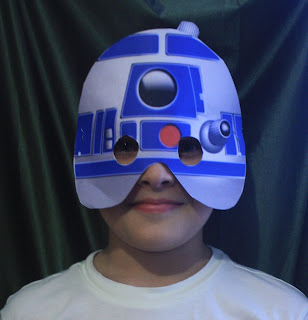 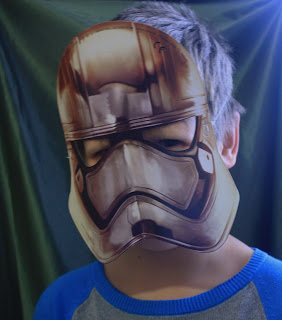 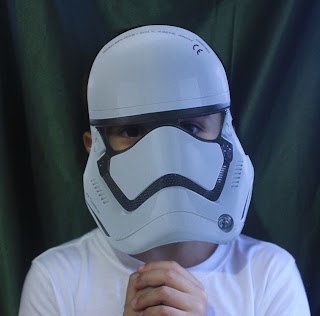 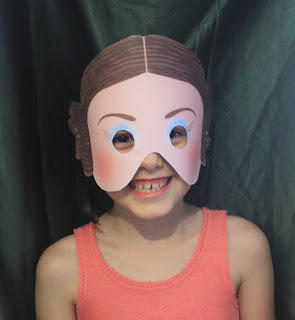 And we wrapped up the training with some Lego Star Wars. 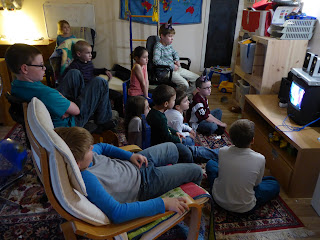 A fantastic way to celebrate turning 6 and 9!

Erica
I'm so very thankful to be the wife of an amazing man and mom to five sweet boys, three of them I get to physically hold on this earth and our youngest I hold close to my heart. My heart's desire is that my time on this little revolving ball we call earth will glorify the God I serve in the midst of joy and pain. Thanks for taking the time to read a little bit about our life and hear a little from my heart. 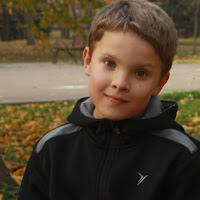 He’s eight and goes after everything with all he’s got. I love every ounce of creative energy this little boy has. He makes me laugh daily and is my favorite dance partner. 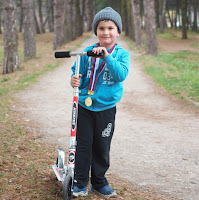 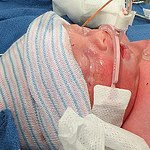 We welcomed him into the world on June 1, 2012 uncertain of how many days we would have with him and he went to be with Jesus on June 3rd. I’m so thankful for the time we got to physically be with him. Even in the midst of the greatest sadness our hearts have ever known I’m so thankful that he is forever a part of our family. He makes me long for eternity, heaven will be even sweeter thanks to our sweet Seth. 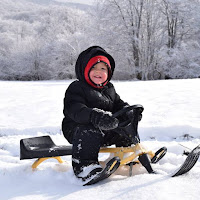 Our busy little toddler who keeps us on our toes. 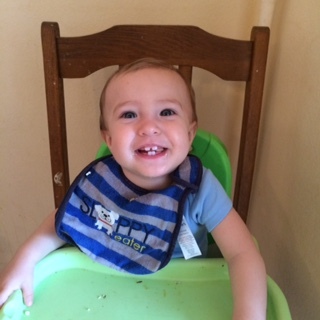 Our last fella and he's melted our hearts.